Today’s route started off continuing through the beautiful green Sand Hills.  The weather pattern has been consistent since our arrival in Nebraska with nightly rain storms, cloudless days, and winds out of the south during the day.  Today we were headed southeast and had light headwinds much of the day.  But the road surface was much better today and being Sunday the traffic was very minimal.  Nearing the end of today’s ride the route flattened out and the Sand Hills melted into farmlands.  So long Sand Hills!

We had planned on the riding some of the Cowboy Trail but there were two problems.  First the trail surface was too soft for our loaded tandem.  Second the recent comments on the trail reported lots of thorns. We will come back with singles and tubeless tires and ride the trail another time.

The Sand Hills - photos just don’t do it justice 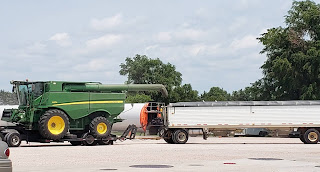 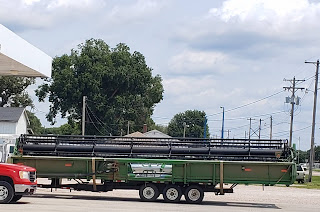 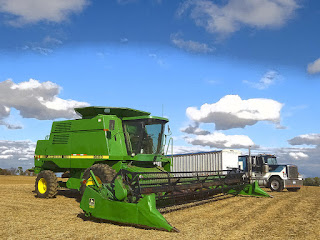